Popular Posts
5 Revealing Reasons to Visit Pristina, Kosovo
13 Things to Know Before Visiting Taiwan
How To Make the Most of a Day...
How to Go Hiking in Bohemian Switzerland, Czechia
5 Tips to Make the Most of Visiting...
Free Sights to See When Visiting Valencia, Spain
Visiting the Gothic Masterpiece of Corvin Castle, Romania
Paying a Quick Visit to the City of...
All the Things to See and Do in...
How to Spend a Day in Castellammare del...
Home Portugal 9 Things to Know Before Visiting Portugal

9 Things to Know Before Visiting Portugal 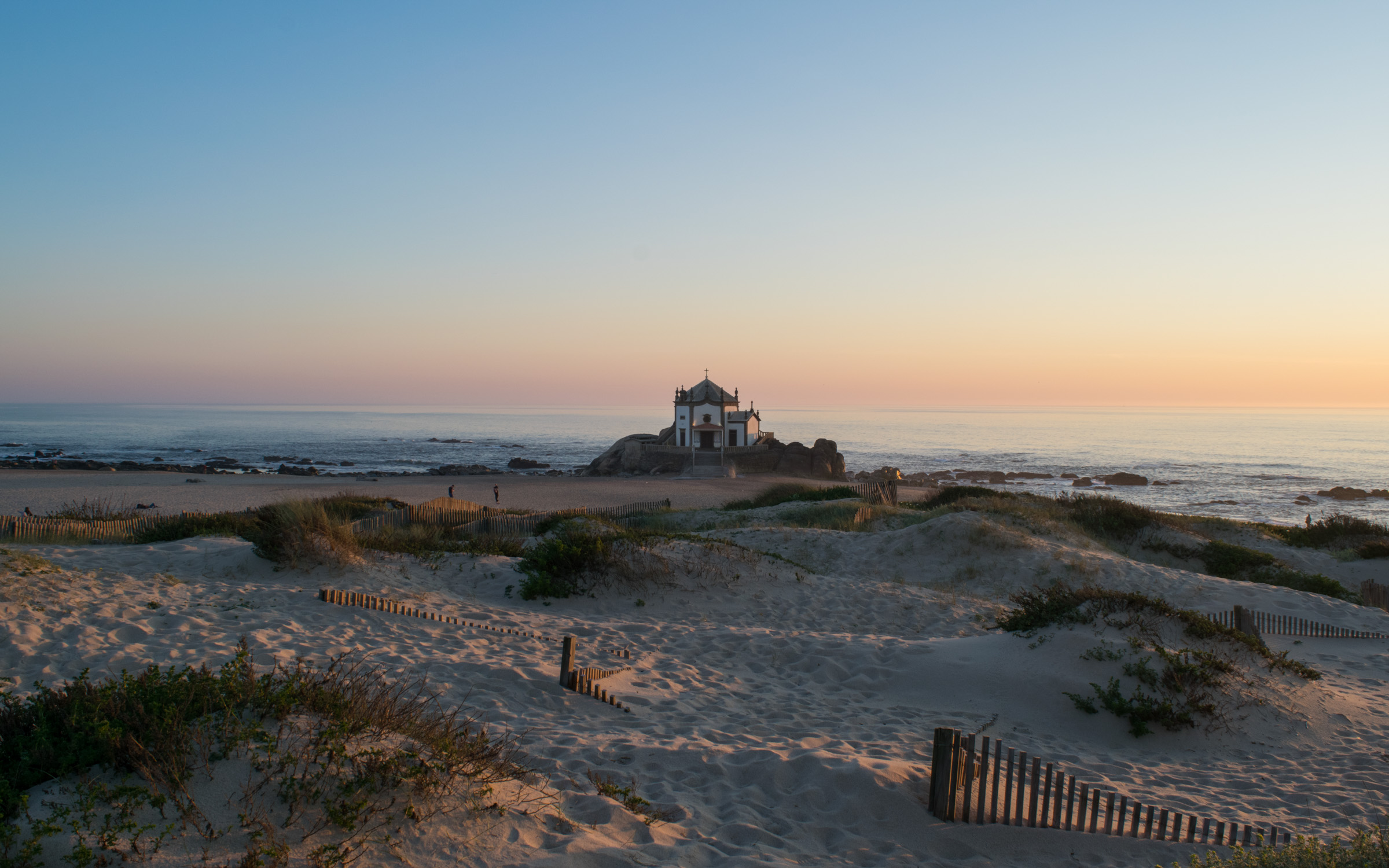 Right now, there are few destinations in Europe hotter than Portugal. After a slight dip, the country has seen a rampant rise in popularity again. Of course, it’s not hard to see why. It has nearly everything you could want from a European destination. Ultimately, visiting Portugal is a no-brainer.

Despite how many tourists visit and how use to tourists they’ve become, it’s worth saying that you’re still visiting a foreign country. So, to get the most out of your first Portugal trip there are things you need to know. Even after spending a whopping 7 weeks there first time around, I still found myself learning new things on my second trip. Don’t let this put you off – Portugal is an easy and rewarding place to travel. Still it helps to be informed, so here are things to know before visiting Portugal. 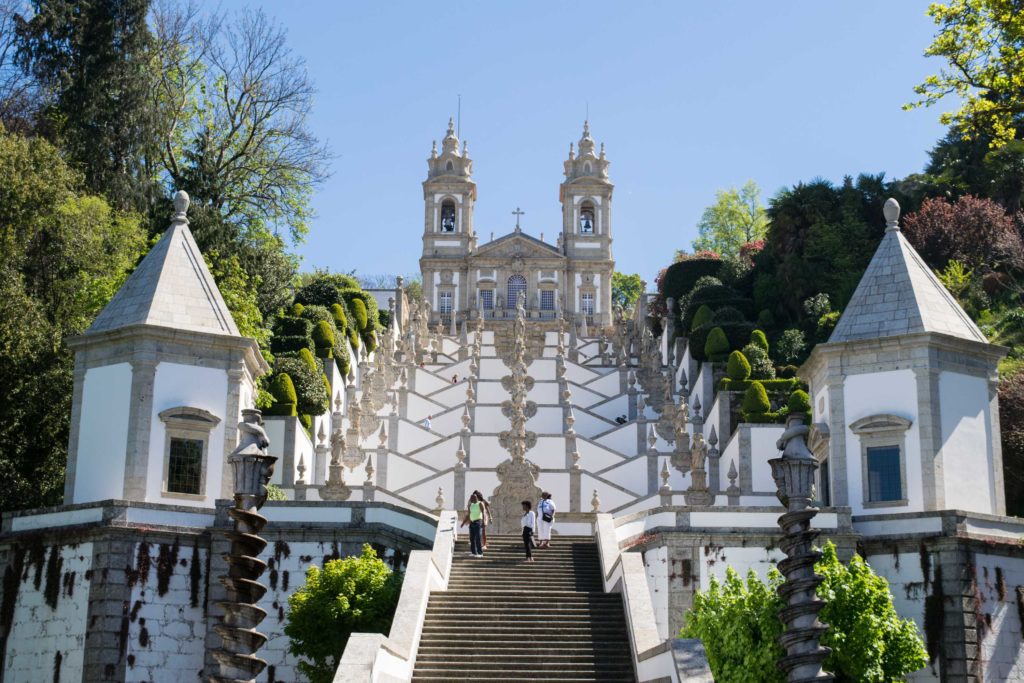 It may seem like I’m stating the obvious here but boy is there a lot to see in Portugal. While big cities like Porto and Lisbon are a good place to start with Portugal, there’s oh so much more. From the small cities, coastal towns, forests, castles and more, the diversity of this country means a holiday here never feels one track.

That’s why Lisbon day trips are so popular, because each can show a different side to the country. With Cascais and Costa da Caparica you’ve got time at the beach, while Sintra takes you to the forest and shows off all the glamorous summer residences.

Portugal rewards second visits, third visits, and so on. Once you’ve seen the common highlights, you’re able to delve deeper with places like Lamego and Vila Real. I haven’t even gotten to the country’s islands like the Azores or Madeira yet. But, since I sadly haven’t visited either yet, I won’t be touching on either here. Long story short, you’re never going to run out of new corners of this country to explore.

One of the members of the EU and part of the Schengen Zone, visiting Portugal is much the same as elsewhere in Europe. The trade-off here is that your time in Portugal will count to your number of days within the Schengen Area, but also that immigration is usually more straightforward.

As for getting to Portugal, things are also about as straightforward as you’d image. Obviously there’s the option of flying into airports at Lisbon, Porto and Faro with both budget and regular airlines. The other approach that I’ve mostly taken was the country’s land borders with Spain. Whether it’s from the north from Galicia, east from Salamanca or south from Seville, these bus connections are regular and reliable. 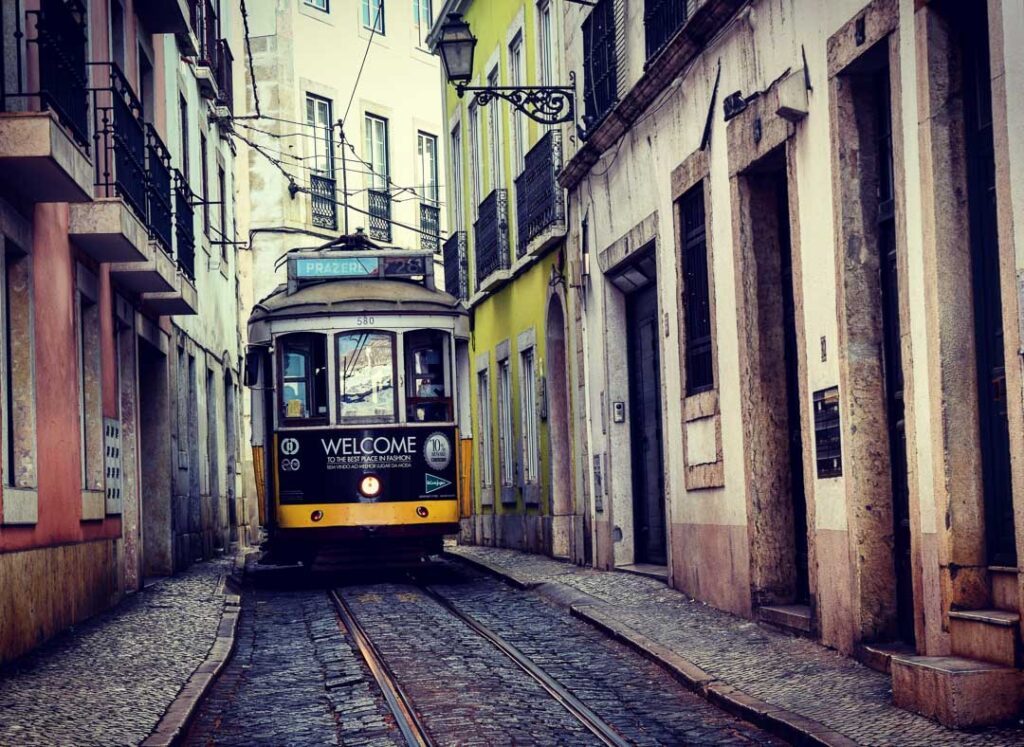 Portugal isn’t a huge country. You can actually drive the length of the country in around 6 hours if you so choose. Porto to Lisbon only takes around 3 hours either by car or train. What that means is that you can get quite creative with which places you want to include in your Portugal itinerary.

To travel the country with ultimate independence, renting a car means you’re able to go anywhere and stop where you like. But if that option doesn’t appeal to you, rest assured you’ll still be able to get around just fine.

Portugal has a quality inter-city train network that links up most of the country’s most major destinations, particularly along the coast. The best value you’ll find are the urban trains like from Porto out to Guimaraes, as they’re cheap, reliable and make day trips from Porto super easy.

For the gaps in Portugal’s train network, and there are gaps, you’ll find coach buses. A little trickier than the train network, there are all these different bus companies each covering different pockets of the country. Navigating the bus system here requires a bit more research, both online and in person.

Lastly, once you’re in major cities like Porto and Lisbon, trams and metro lines mean that you don’t necessarily have to walk everywhere. In fact, they’re so iconic, they become attractions in their own right.

4. When to Go to Portugal

People tend to only think of Portugal as a summer destination but that couldn’t be further from the truth. I’m convinced Portugal is nearly a year-round destination. I don’t know about visiting in winter but the other 9 months of the year, aren’t a problem at all. My most recent visit was actually in April and it was a great time to be there. Nice mild weather and low crowd numbers make the shoulder season ideal for sightseeing.

Now, I get why people choose summer. After all, it’s the nicest time to be at the beach and likely when they have holidays. But as Portugal grows in popularity, the worse it’s going to get during summer, with more and more people coming. It’s a case of over-tourism just waiting to happen. You may have real trouble finding accommodation during the coming summers in places like Lisbon, Porto and the Algarve. 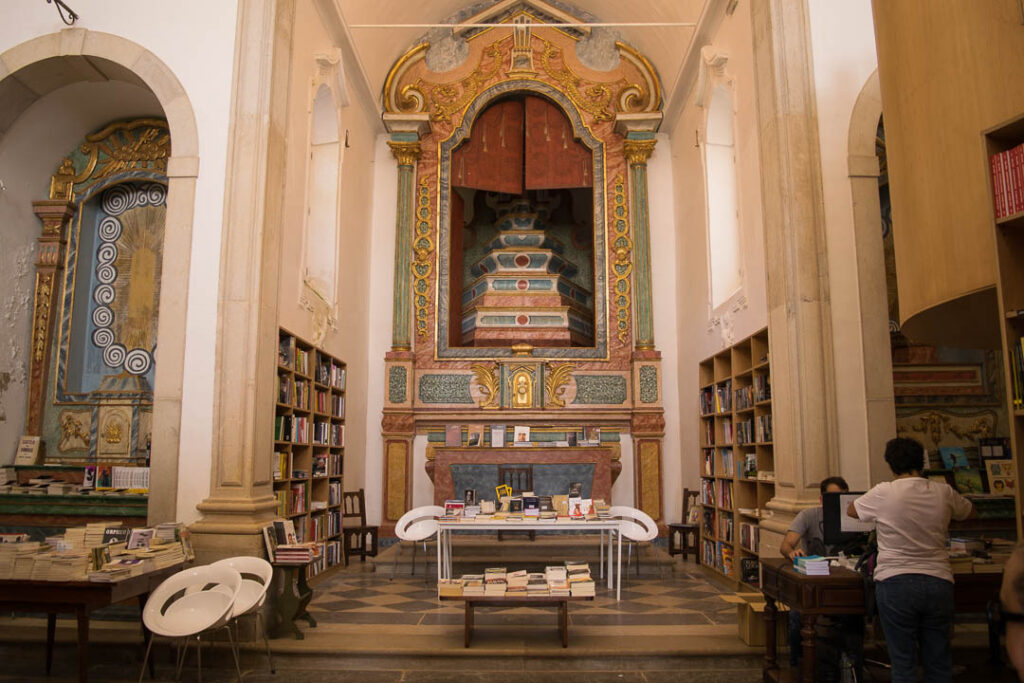 One of the more interesting realisations I had last visit was just how much Portugal loves books. Literature seems to play a powerful role in modern culture and some of the country’s most amazing attractions reflect that. For example, if you know anything about Porto you’ve likely heard of Livraria Lello. This insanely pretty bookstore tends to have a line out the door and is said to have been a significant influence on author JK Rowling.

But the sights of literary Portugal don’t stop there. For one there’s the Joanine Library of the University of Coimbra, with its resplendent design and towering bookshelves. It’s arguably one of the most beautiful libraries in the world.

Then there’s the town of Obidos, which actually earned the UNESCO honour of Creative City of Literature in 2015. This town loves books, be it the town’s annual International Literary Festival, to the bookshop inside the converted St James Church. You can even dine surrounded by bookshelves in the hotel/restaurant The Literary Man. Safe to say, both Obidos and Portugal as a whole has a lot to offer travelling bookworms.

Admittedly, my biggest stumbling block during my times in Portugal was the language. People might assume that Portuguese is close to Spanish, and in some respects that is true. They do share quite a lot of words, but often for each similar word the next is wildly different. Not that my Spanish is any good either mind you, I just find Portuguese a tricky language to get used to personally.

The good news is that you can get by with English quite a bit in the most popular places. Other places Spanish will often also work too. Still, it always helps to learn the basics to make life easier and show people that you’re at least making the effort. A few useful phrases include Ola which means ‘Hello’; Bom Dia for ‘Good Morning’; Sim and Nao for “Yes” and “No”; Obrigado/Obrigada for ‘Thank you’; and Por Favor for ‘Please’. 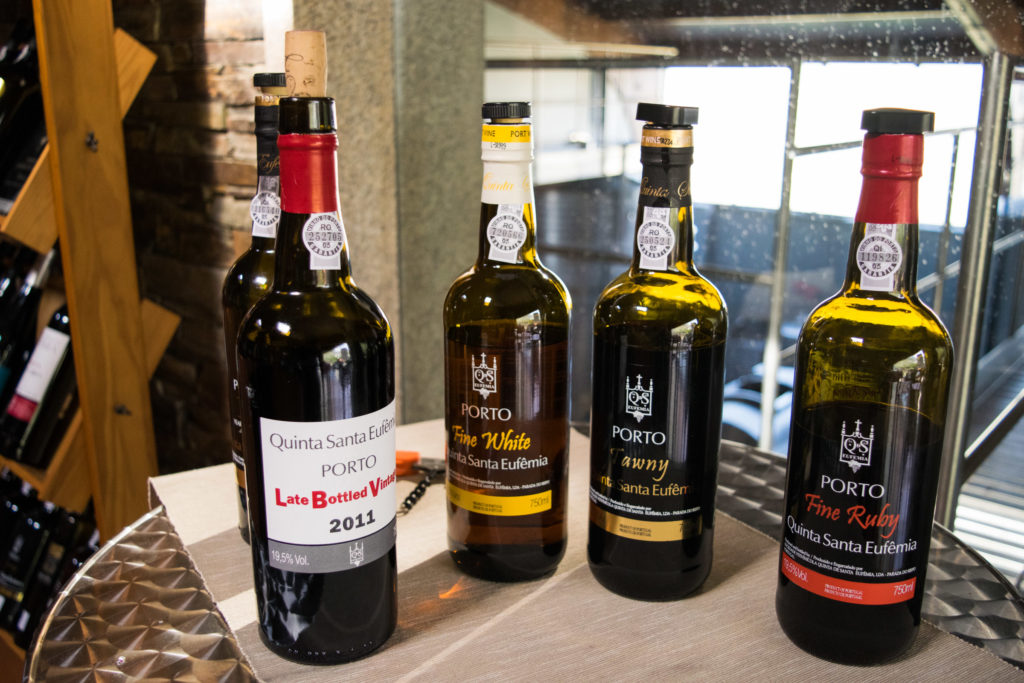 Chances are you’ve heard a little, but not a lot, about the cuisine of Portugal. There are certain dishes like Pastel de Nata, the famous custard tarts, that everyone raves about. And who can blame them, they’re delicious! Then there’s the famous wine and port wine from the Douro Valley, which visitors joyfully indulge in when around Porto.

But then there’s the rest of the country’s cuisine and there’s just so much to try. There are the national staples like bacalhau, which is cod, in all its forms as well as the tasty bifana pork sandwiches. After that though, each region has its own special dishes, be they hearty francesinha in the north or never-ending seafood in the south. Point is, no matter where you are, you should be able to find something different to try. 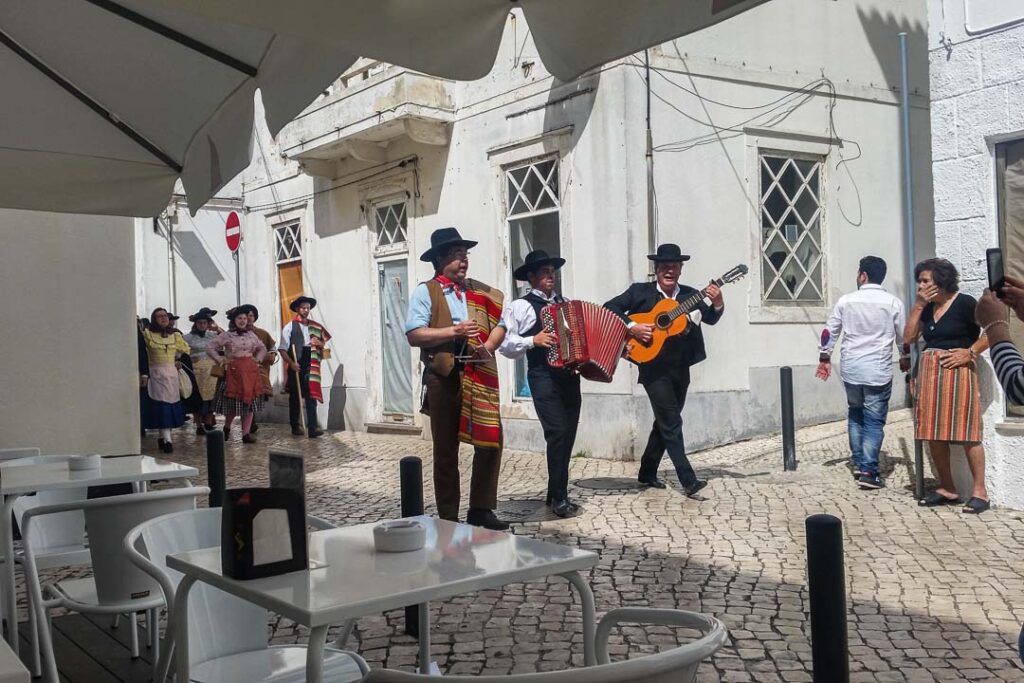 There’s this romantic idea of Europe that people have of the “old world”. It’s that mental picture of a historic place free from modern life, where tradition and the old ways thrive. I think people are often surprised how rarely they come across it in popular European destinations. But visit Portugal and you can actually find this “old world” and tradition quite frequently.

At first it might just be the sight of beautiful azulejo tiles everywhere, or the sound of fado music coming from a fado bar. Venture a little off the beaten path to less touristy places like Viseu or Leiria and that feeling is commonplace.

Perhaps my greatest moment experiencing Portugal’s traditional ways though was when I spent Easter in Nazare. By the beach, women across the generations wore traditional outfits while they played an old-fashioned ballgame. Then there was the Easter parade with men and women classically dressed while acoustic museum rang through the streets. The old ways are definitely not forgotten in Portugal.

9. Just So Much Coast

Even given how diverse Portugal is, often the reason people visit is to spend time at the beach. Portugal is kind of perfect for that and travellers are spoiled for choice. The Algarve has long been a favourite of British holidaymakers much like the beaches of Spain. Up on the central coast from Lisbon, to Nazare to Aveiro, each has enticing options. Even the north around Porto has beaches that you could happily while the day away at.

In my mind, what’s great about Portugal’s coast though is that it’s more than just beaches. Going back to Nazare, this has become a world-famous surf spot for its epic, world-record waves. Then there’s kayaking and cruises along the caves and cliffs along the Algarve coast. You can even watch powerboat racing in their equivalent of the Formula 1 Grand Prix each year in Portimao. Simply put, there’s some something for everyone on Portugal’s coast. 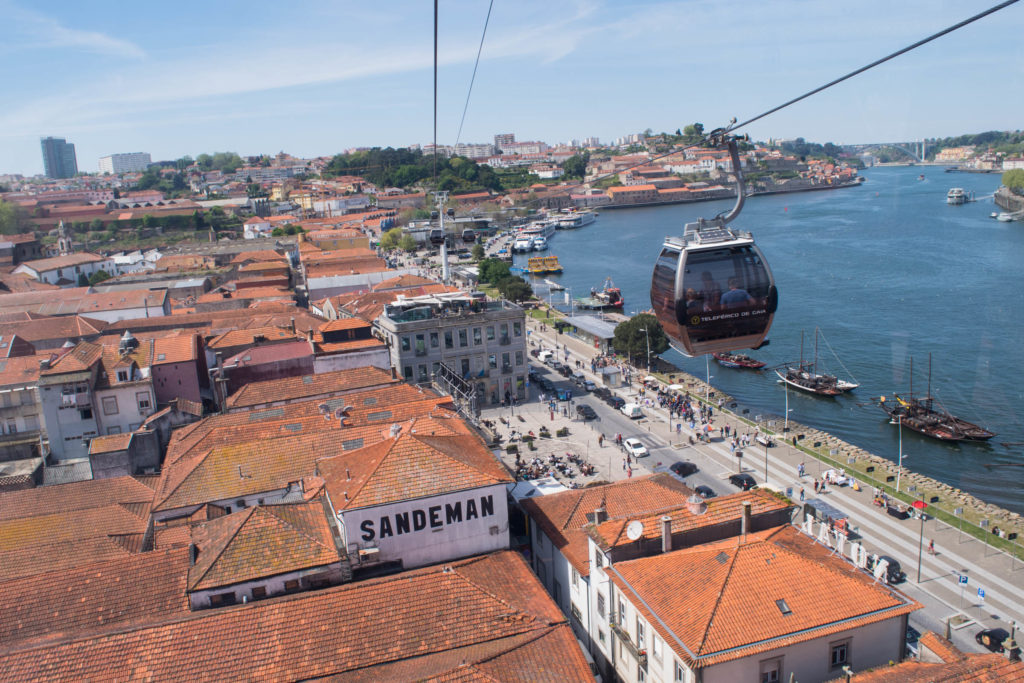 What questions do you have for visiting Portugal? What things do you think people should know before going to Portugal? Please share your thoughts in the comments below.

Sightseeing Guide to the Medieval Town of Obidos,...

Where to Stay in Porto for Eager First-Timers

A Humble Slice of Life in Leiria, Portugal

Falling for the University City of Coimbra, Portugal

Your photos look amazing. I would love to go here after reading your post. Thanks for some great tips on where to go

I know that when we visit one day, we will return over and over again! I know I will love it, the “Old World” and never tire of visiting! I’m excited to learn though about how much they love books and libraries! I have quite a few libraries pinned in Portugal I’d love to see!