Popular Posts
Taking a Grampians Hiking Day Trip from Melbourne
Quick Guide to Alicante Holiday Sightseeing, Spain
Where to Stay in Malta for Uncertain First...
5 Reasons Why You Really Must Visit Palermo,...
Things to Do on The Wild West Coast...
5 Revealing Reasons to Visit Pristina, Kosovo
6 Quick Tips for Visiting Tallinn, Estonia
The Many Surprises of Tetovo, North Macedonia
The Best Cafes in Tallinn for Digital Nomads
A Day in Cradle Mountain National Park, Tasmania
Home Slovakia 7 Key Things to Know Before Visiting Slovakia 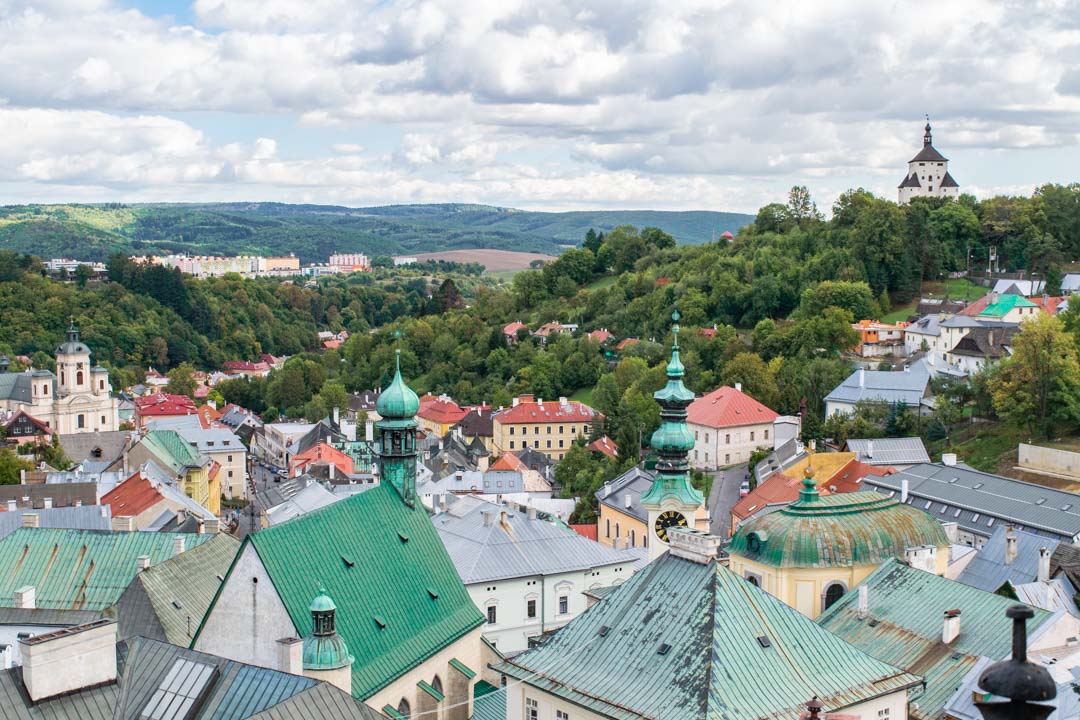 When talking to people about travel in Europe, it’s interesting how often Slovakia is mentioned in a certain way. As soon as the topic of underrated destinations comes up, Slovakia is often one of the first places people suggest. There’s just a general feeling that you don’t hear much about travel to Slovakia. So, I thought I’d do my bit to help provide a little insight into what it’s like to visit Slovakia.

Over my years travelling around Europe, I’ve had the opportunity to explore a little of what this central European country has to offer. Each trip has helped reveal more of Slovakia little by little, but I’m still not as familiar with the country as I’d like. As such, I’m only sharing some basics things to know before visiting Slovakia for the first time. While it won’t be comprehensive, it should at least give you a better idea of what to expect to make the most of your time there.

1. All About the Nature 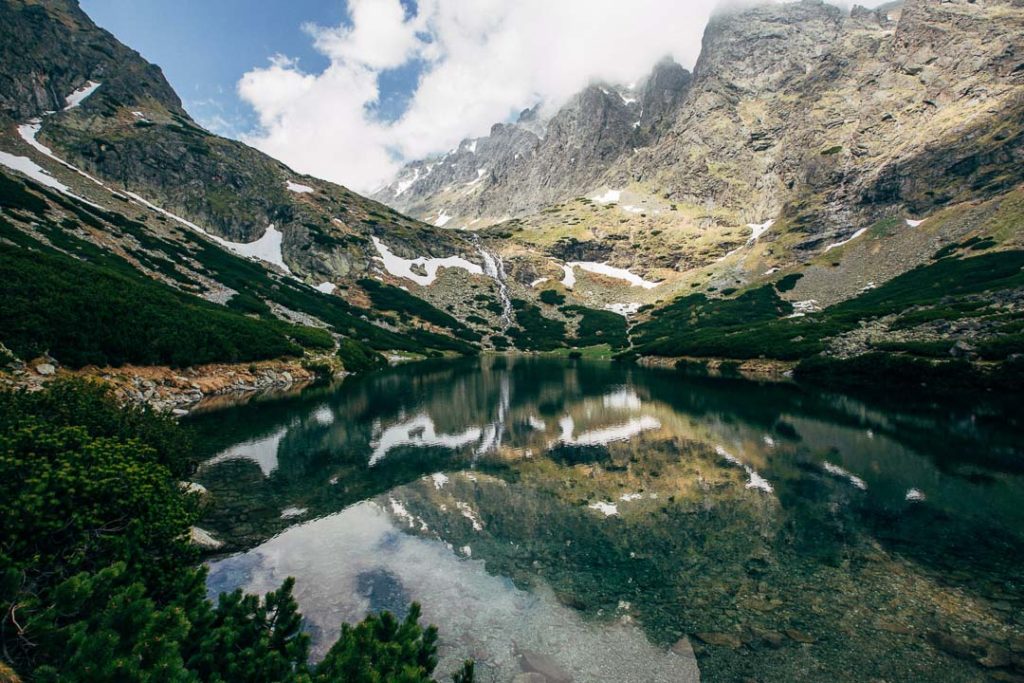 There was one lesson than I keep failing to learn each time I visit Slovakia. Next time, I’m determined not to make it, because it really is quite simple and obvious; Slovakia is first and foremost a nature and outdoor destination.

Across my multiple trips to Slovakia, I’ve repeatedly only visited the country’s cities and towns. And while some of them are quite pretty, there hasn’t always been the depth you except when in Europe. But any disappointment on my behalf is my own fault, because I’ve been ignoring the country’s most celebrated attractions – it’s mountains.

Slovakia is home to two major mountain ranges, the Low Tatras and the High Tatras, the second of which often is just called the Tatra Mountains. The Low Tatras run through the centre of the country, while the High Tatras cross the northern border into Poland. By all accounts, both are full of stunning mountain scenery and awesome hiking trails. In fact, hiking or skiing are often the main answer for those asking what to do in Slovakia.

And yet, I’ve never been there! But I have learned my lesson finally and these mountains are my main priority for my next visit. Especially after my time hiking in Slovenia, I can’t wait to finally hit the trails in Slovakia next time I’m there.

2. Entry and Getting There

A major part of working out any trip is navigating the paperwork and how to best get there. On both fronts, you’ll find Slovakia an easier destination than you might think.

It helps that Slovakia is a member state of the European Union and part of the Schengen Area. This means that it allows free movement into the country from fellow members, including neighbours Austria and Czechia. Under normal border regulations, you can easily travel between these countries and won’t even encounter passport control at the borders usually.

Visiting any Schengen country, including Slovakia, will count toward the 90 days of either your Schengen Visa or visa-free period. Make sure to work out whether your nationality requires a visa for the Schengen area before travelling. A good place to start for information is here.

Finally, there’s the matter of actually getting to Slovakia. If you want to fly in, Bratislava or Kosice are the two main airports, with decent European connections. A more common approach here in central Europe though is to take the train, with good connections to Austria, Czech Republic and Hungary.

Slovakia might look small and easy to get about on a map, but looks can be deceiving. The main thing people might overlook is that there are some major mountain ranges through the centre of the country. They have a way of slowing down travel in or through central Slovakia, whether by car, bus or train.

As is usually the case for me, I’ve mostly made use of public transport when travelling around Slovakia. Like many countries in central Europe, the train network in Slovakia is pretty good and quite easy for tourists to use. Just know that the trains go around rather than through the Low Tatras, which can really slow things down. Buses run into similar limitations with the highways, with Flixbus, RegioJet and Turancar the main operators.

But of course, doing a road trip when visiting Slovakia is the other way to go. Like many countries in this part of Europe, you’ll need to purchase a vignette to use the motorways there. Having not driven personally there, I can’t comment on the road quality or signage. 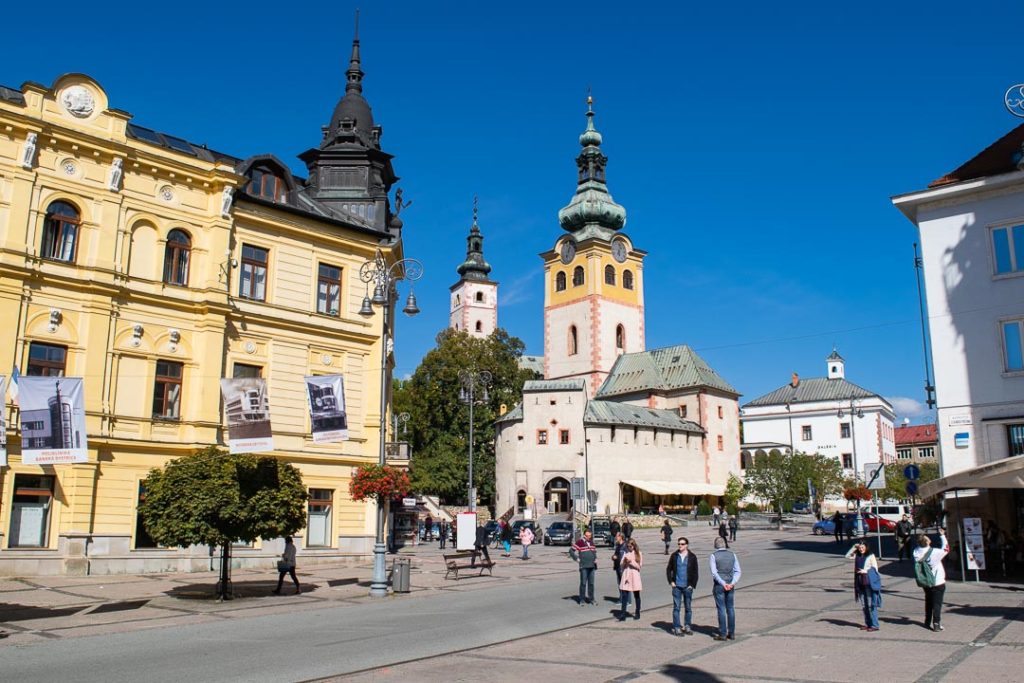 Visitors to Slovakia often fall into the bad habit of thinking a trip to the capital means they’ve seen the whole country. While there’s no doubt that Bratislava is worth a visit and a major Slovak destination, there’s so much more to see than this one city.

Now, I know that I previously complained about the depth of destinations in Slovakia, but that doesn’t mean they have nothing to do. Because I do think these places in Slovakia are worth visiting given the chance. It’s more a comment on the development of tourism in these places, particularly for foreign tourists. For every destination like Banska Stiavnica or Banska Bystrica that has a nice variety of attractions, there are others where it’s much less obvious.

Again, part of the reason for my comments is the limited number of places I’ve been in Slovakia. Across my multiple trips, I’ve only seen a small portion of what it offers. Despite wanting to, I’ve yet to head out east to see Kosice or Poprad. Then there’s spots like the village of Čičmany that I’ve missed even when travelling close by. So make no mistake, there’s plenty of places to visit in Slovakia beyond Bratislava.

Let’s make the fair assumption that you don’t speak Slovak if you’re reading this. Otherwise, it’s a little strange that you need advice on visiting Slovakia but already speak it’s national language. Slovak is indeed the national language of Slovakia and is a language of Slavic origins, which also makes sense due to the country’s name. This means that it’s somewhat similar to the other Slavic languages of central Europe like Czech and Slovenian.

Like most countries in Europe, you can get by in Slovakia fairly well without being fluent in the national language. It certainly won’t hurt to make the effort, but it’s not absolutely vital. English is quite spoken thanks to international tourism and modern culture, especially among younger people. German is also relatively useful in parts given the close ties between Slovakia and Austria.

For those who like to a learn a little of a local language to help them get by, this is for you. Here we have a few basic phrases to get you started. They include Dobrý Den which means ‘Hello’; Ďakujem for ‘Thank you’; Prosim for ‘Please’; Prepáčte for “Excuse Me” and Ano and Nie for ‘Yes’ and ‘No’. Mastering pronunciation of these phrases is another thing entirely though.

6. Making the Most of Your Money

This probably won’t come as much of a surprise, but you won’t be breaking the bank when visiting Slovakia. Much like the Czech Republic or Hungary, it’s a lot more affordable than destinations over in western Europe. Central Europe, with the exception of Austria, is broadly quite even in terms of value for money.

Food and transport in particular are really quite reasonably priced in Slovakia, giving you a little freedom to try local cuisine and move about. I will say that accommodation costs in Slovakia weren’t quite as cheap as I would have expected though. This was probably more to with limited availability in these smaller destinations, as well as seasonality of tourism here. As I’ve only ever done day trips, I have no idea whether Bratislava is more expensive than the rest of the country.

Another nice aspect about travel in Slovakia is that they use the Euro. This means you’re less likely to need to convert money for your trip, especially when travelling the EU. Getting money out won’t be a hassle, just make sure not to use a Euronet ATM.

7. A Surprising Bunch of Castles 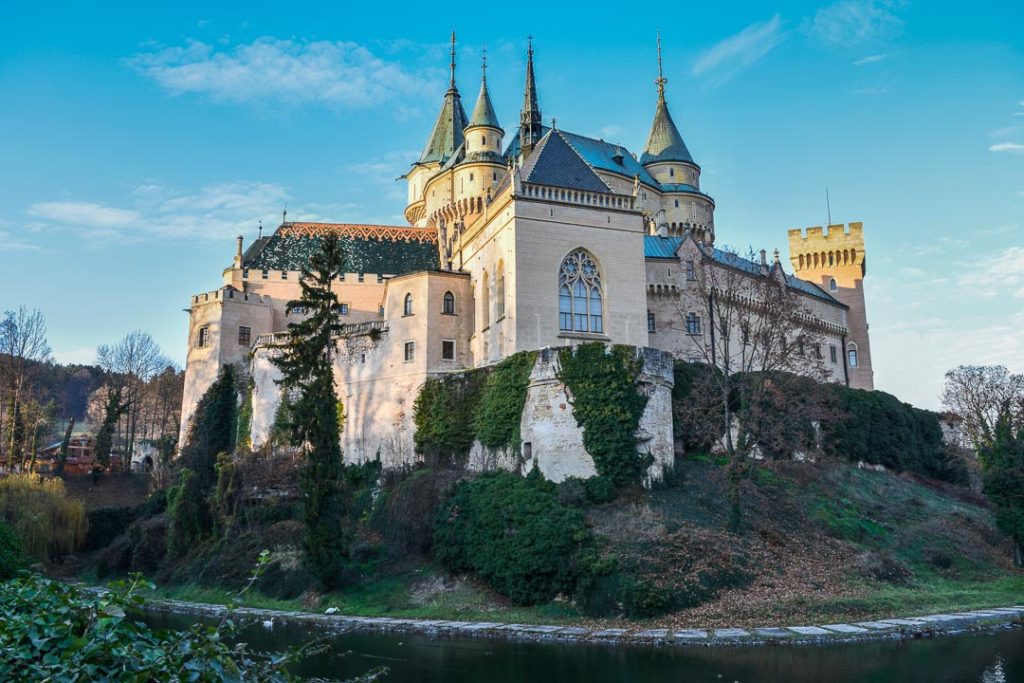 One of the nicest surprises I’ve had with my travels here is discovering all the wonderful castles in Slovakia that I never knew about. There’s plenty of talk about castles in the Czech Republic, but not so much Slovakia which is disappointing given its incredible collection.

Really, you need only look at Bojnice Castle to see what I mean. I’d happily argue that it’s is one of the prettiest castles in Europe, and yet it’s a relatively obscure European attraction. But then you add in other Slovak castles like Devin Castle, Trencin Castle and Budatin Castle and you start to see that castles are one of Slovakia’s hidden talents. These are also just the ones I’ve been to, with Spiš Castle one I’d love to see one day.

The real challenge with going in search of castles here is that they’re often tucked away and a little remote. As such, getting to them via public transport can be a real challenge. A castle road trip seems like the way to go and sound pretty fun, right?

Resources for Travel to Slovakia 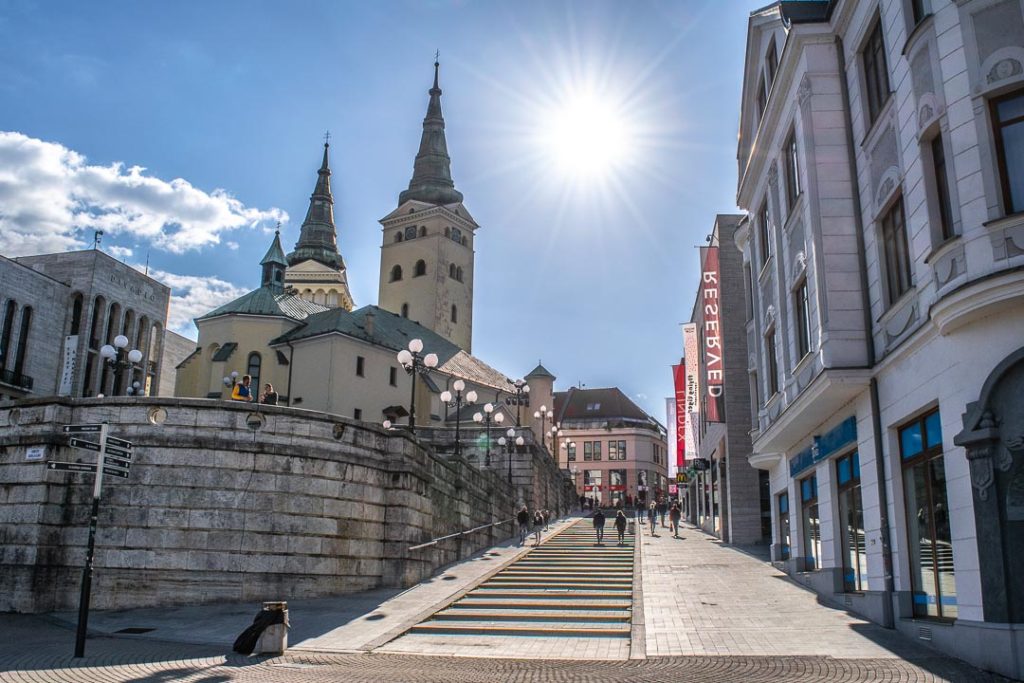 What other things would you like to know before visiting Slovakia? Are you from Slovakia or have already visited and believe there are more things worth knowing than show in this Slovakia travel blog post? Please share your thoughts in the comments below.

Is There Anything to See in Zilina, Slovakia?

The Best Things to Do in Banska Stiavnica, Slovakia

Paying a Quick Visit to the City of Nitra, Slovakia

How to Make the Most of A Bratislava Day Trip...

Hey there! I'm David, author of the Travelsewhere blog. During my travels, I love searching far and wide for lesser seen places to share with you, be they small historic towns or great hiking destinations. To learn more about me, click here.